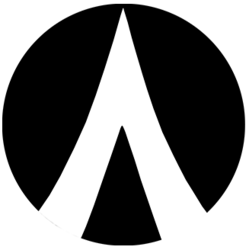 Dentacoin is an Ethereum erc20 token that relies on smart contracts. It is rrently listed in a variety of exchanges including Changelly, HitBTC, Cryptopia, Mercantox etc. and it is supported by a variety of ERC20 compatible wallets including MyEtherWallet, Coinnomi etc.

The main purpose of this token is to make dental healthcare affordable all over the world. It will be possible for dentists to get long term payments and make this care affordable. American Dentists Association estimate that about 440 billion dollars are spent annually on dental healthcare. The association projects that if a proper structure is set up enabling individuals to get preventative check-ups at least three times annually, this cost can be cut by a staggering 90%, coupled with improved health habits and better nutrition. This token is projected to play a crucial role in enabling such care around the world.

The token was developed by a group of professional scientists and developers who are also blockchain enthusiasts. Key among them are the founder Prof. Dr. Dimitar Dimitrakiev, co-founder and business developer Philip Grenzebach, co-founder and core developer Jeremias Grenzebach and graphic designer and web developer Daniel Kolarov among others

Being a blockchain based token, it will be utilized to pay for dental care and related services. Considering how difficult it is to find a trusted dentist, Dentacoin will reward contributors with DCN coins for honest reviews to connect patients with honest dentists. It also seeks to remove the lengthy supply chains to reduce the cost of medication.

How has Dentacoin (DCN) performed recently?
Dentacoin‘s price has decreased in the last 24 hours by -7.71%. The change in price over the last seven days was -5.82%. The trading volume over the last 24 hours was $ 93,720. Trading volume indicates how many units of a currency are being bought and sold on specific exchanges. High trading volumes are likely to drive more on-chain activity, for example when people deposit and withdraw funds, and it is considered a good indicator of popular interest in the currency.