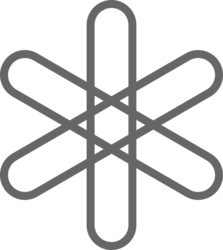 Dent (DENT) is an Ethereum based token complying with ERC-20 standards. The total supply of token is 100 billion. Dent solves the major problem of varying data costs around the globe set by operators. In some areas, 1Gb of data costs less than $1 while at others it is above $10. The purpose of DENT is to liberate mobile data so that any user can sell or buy the data from another user around the world. The exchange of DENT token acts as trading for mobile data. Another problem solved by DENT is additional roaming costs incurred due to expensive routing between telecom operators. DENT is a decentralized token and can be used around the world to buy local data. DENT also enables automated purchasing of data for future IoT devices and regular consumers.

Dent is developed by Tero Katajainen, also the present CEO. He is an Electrical Engineer having vast experience of forex trading as well. Mikko Linnamaki is a co-founder. He is also co-founder of DOVECOT. Andreas Vollmer is the third co-founder with experience in mobile apps Symbian, iOS, and Android. The team consists of 6 other members.

DENT is presently being used in Portugal, Philippines, Kenya, Ghana, Argentina. The DENT apps have a total of 87 mobile operators in 29 different countries.

How has Dent (DENT) performed recently?
Dent‘s price has decreased in the last 24 hours by -19.01%. The change in price over the last seven days was -29.96%. The trading volume over the last 24 hours was $ 25,451,371. Trading volume indicates how many units of a currency are being bought and sold on specific exchanges. High trading volumes are likely to drive more on-chain activity, for example when people deposit and withdraw funds, and it is considered a good indicator of popular interest in the currency.